You are here: Home / Life Coaching / The Cycle of Perfect Procrastination 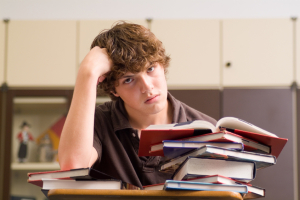 Procrastination is a way for you to be unkind to yourself!

Procrastination is something we’re all familiar with, whether we admit it or not. Basically, procrastination refers to those times when you do everything and anything you can to avoid doing the work you should be doing.
Why do we procrastinate?

Procrastination of the perfectionist

One of the reasons some of us procrastinate, is that we want everything to be perfect. Let me explain: as perfectionists we expect a lot from ourselves, which also means that we fear “failure.” Our sense of pride and worth is dependent on the success of the task, so we put off the possibility of a task that might result in diminished confidence in ourselves.

It’s easy for us to say that failure isn’t something to fear; that it’s something to be learned from, but still it’s something that we do our best to avoid. And quite often, that means putting off the process of work that might have an unsuccessful outcome.

Why we are so obsessed with things being done perfectly can be traced back to our school days. Think of today’s youth; you never hear of them rushing home to complete their homework. In fact, young people are probably the ones we associate most with procrastination, but it does not just stop just with the young.

The whole education system, and the results they dish out are essentially just contrasting and comparing differing levels of ‘intelligence.’  And so rather than focusing on their own achievements, young people are constantly comparing themselves to others, and if they’re not on the same level as others, they may view themselves as failures.

Such black and white thinking about results (either succeeding or failing) doesn’t allow room for any value to be placed on the actual carrying out and completion of the task.  With no value being placed on the task itself, only on the results, it’s no wonder people put off things they should do.
Procrastination as a result of anxiety

Another reason for us avoiding tasks that we’re supposed to be completing is our own anxiety.

Think again of young people and their assignments. They’re not easy! Most high school assignments require much attention to detail and constant revision, perhaps even requiring more concentration and critical thinking than many adults do in a work week.  You can see how undertaking assignments can be daunting, even exhausting.

Many times teens push their assignments to the side because their anxiety about both the completion of the task, as well as the pending result, cloud their ability to think clearly, focus, and prioritize.

Why procrastination is bad for us

While anxiety can sometimes cause us to procrastinate, it can also work the other way around. The more we put things off, the less we have done as deadlines loom. Feeling unable to approach a task, but knowing that there’ll be consequences if you don’t have it done soon, can be incredibly stressful.

The more we procrastinate, the more likely it is that as the deadline approaches, we’ll feel overwhelmed and helpless. This can even have an impact on your health.
It can also put a strain on your health

Stress and anxiety can cause disruptions to your sleep patterns. You might find yourself unable to fall asleep as you, instead, go over and over your worries in your head. Or you might find that your worries about your pending tasks even make their way into your dreams.

Stress is also a cause of a weakened immune system. I won’t bore you with too much science, but basically more cortisol is released from your adrenal glands, and cortisol suppresses your immune system, telling it not to fight. This, combined with lack of sleep, means that your body just won’t have the strength to fight any viruses.

While you might think that it’s just mental pressure that the anxiety of procrastination can cause, it’s not. You’re also putting your body under a tremendous amount of strain.
It limits possibilities

The less time you leave for a task, the less work you’ll be able to put into it. No matter how much you want the outcome to be one of success, the chances are it won’t be as successful as it could have been if you had spent more time on it. By procrastinating, you’re limiting the possibilities of a successful end result.

How to overcome procrastination

If you’re procrastinating because a task is daunting, or you’re worried about the final result, an exercise you can do is to visualize the different possible outcomes. This way, you’ll feel more confident about approaching it, as you’ll be prepared for whatever it might throw at you.

First, think about the very worst possible outcome. Think about the short term. What would happen? How would you feel? What would other people say? Then think more long term. Even if you completely messed up a task, your mistake would soon blow over, and you would be able to move on and learn from it. Think about the worst that can happen. Often, even in the worst case scenario, you will survive. You might feel like you’re going to die from embarrassment or disappointment, but when it really comes down to it, you’ll be fine. The likelihood is that whatever task you’re putting off, in years to come, you won’t even remember it.

Then think about the best thing that could possibly come from this task. An overwhelming sense of achievement, relief, and freedom once it’s over and done with. Then use the picture of the best possible outcome as motivation, while remembering that even the worst outcome wouldn’t be so bad.
Try different approaches – make boring tasks more fun

People learn in all sorts of different ways, just as people approach tasks in all different ways. If you’re feeling daunted by a looming assignment or piece of work, find a strategy that suits you best and tackle it head on.

You might try a few different techniques, and perhaps they won’t work, but rather than giving up and continuing to avoid the work, try and find a way to approach it that best suits you.

You might even be able to find a way of working that you enjoy. By making tasks more enjoyable, you’ll be a lot more likely to start them without postponement, rather than putting them off until the last minute.

Another way of figuring out how to approach it, is asking yourself what would make it easier for you. You don’t always need an answer to the question, but even just considering it might open your mind to new ideas and perspectives.
Set goals for yourself

Sometimes projects can seem huge, and that might be part of the reason you try and avoid them. But by breaking them down into smaller goals, or even setting time limits, they seem more manageable. Also, after the task breakdown, starting with the easier tasks first can get you going and then you can tackle the more ambitious parts, much more easily.

For instance, you could decide to dedicate two hours to an assignment, but rather than having such an intimidating amount of time, you could break it up into intervals followed by 5-minute breaks. Tackling half an hour at a time seems much more manageable, and let’s be honest, you’re probably more likely to actually do it then!
Ask people to support and motivate you!

If other people you know have the same problems with procrastination, they’ll know your struggle and be happy to help. Ask friends or colleagues, parents or teachers, anyone for help and I bet you they won’t say no.

If you need help with a specific part of your work, or you’ve got writer’s block, new ideas can be really useful. Having other people involved might also motivate you to get a move on with your work, so that you can all see it through together. Sometimes, if you and your friends have the same or similar tasks to do, get together and work as a group doing your tasks. This group setting may help you develop a competitive spirit to focus and to complete your own tasks before others—as others around you—complete theirs.

You could even ask them to help you focus on the task. They could encourage you to keep going with it, help you reward yourself for each milestone you overcome, or simply prompt you to focus if you get distracted.

Parents can help prevent teen procrastination
Teens are sensitive to the messages they receive from authority figures, especially their parents. Most parents try to support their children every way they can, being positive and full of praise when it comes to their achievements. However, some well-intended messages can put pressure on young people, rather than being supportive.

For example, overly praising young people for excellent grades, and boasting about their intelligence might seem like a compliment, but can cause a spiraling pressure to excel.

Of course, excelling isn’t a bad thing, and everyone should be encouraged to do their best, but school can be a stressful time for young people, and general encouragement might be more effective than huge celebrations over excellent grades.

What does this have to do with procrastination? Well, thinking back to the reasons why we procrastinate, if teens feel that perfection is the only acceptable result, or are stressed about assignments, then they’re more likely to procrastinate. By letting them know that while “A” grades are good, you’re just as proud of them for any grade they receive if they’ve done their best, you’re actually encouraging them to approach assignments with a positive attitude.

Without such pressure and high expectations from parents, they’re also more likely to ask for help. Admitting when you’re struggling is tough to do, and can be embarrassing, especially for teens if they feel that your opinion of them will affect their own self esteem.

Focusing on praising the learning process and personal development behind the task, rather than just the result means that teens are likely to view mistakes as learning opportunities and areas of improvements. The same goes for when your child receives a ‘poor’ grade. Rather than being disappointed with them, try and understand their disappointment. Point out that perhaps it was because not enough time was spent on the project and perhaps, offer to help them organize their time better with the next assignment. You may also share with them your own experience of getting a poor grade in one of your tasks when you were their age.

With support from their parents or an authority figure, regardless of the results of assignments, teens are less likely to shy away from projects, and instead embrace them as opportunities for them to conquer rather than occasions for them to “fail.”

Though it’s easy enough to procrastinate, it’s really not in your best interest. Perfection can never really be achieved, so don’t let such an ideal dissuade you from giving your all when it comes to assignments. Enjoy the process of carrying out tasks themselves; the result isn’t everything. The learning process is just as important, if not more so, than any outcome of an individual project. Remember, there are ways you can persuade yourself not to procrastinate, and there are people that can help you focus.

More from my site